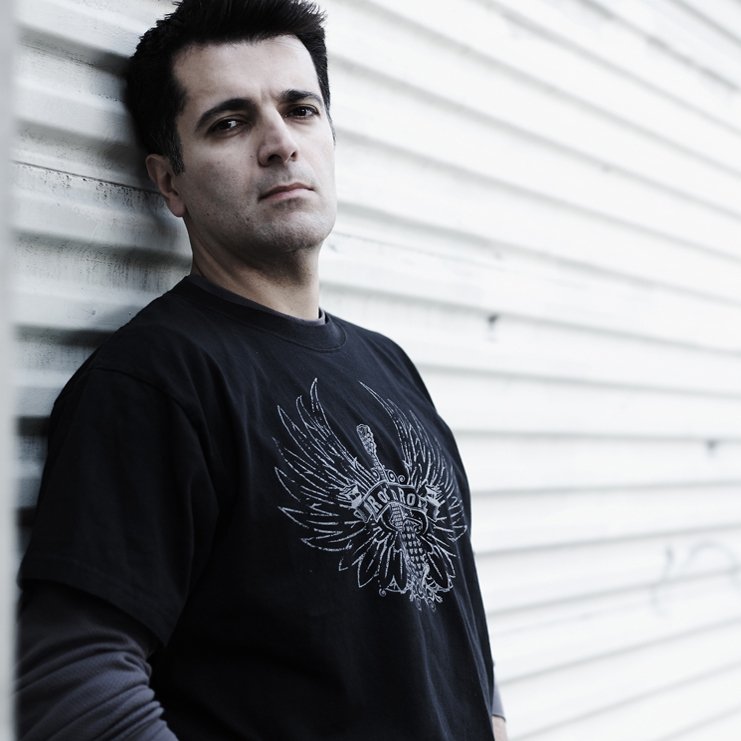 “We Will Not Go Down,” a song of Michael Heart that has been viewed more than a quarter like a million times on YouTube in less than two weeks, serves as the show’s opening.

Along with Michael, Greta Berlin – Co-Founder for FreeGaza.org – joins Basima Farhat to talk about her decades of service and organisation on behalf of the Palestinian people, often at her personal danger. Cynthia McKinney, a longtime friend of Greta’s, joins the protests in support of Palestinian rights. I’ve been on both sides of the aisle on Capitol Hill and the SS Destiny, which was slammed either by Israeli Navy before anyone could deliver tonnes of medical supplies, physicians, and journalists to Gaza. I’m a member of Congress on Capitol Hill and a recent passenger just on SS Destiny. Cynthia McKinney, who has lived to tell the tale, uses her storey to raise awareness about the plight of Gaza’s civilians.

Since the early 1960s, GRETA BERLIN was a vocal proponent of fair treatment for Palestinians. A 1948 refugee, her father was born and reared in Safad, Palestine, and is the father of her two Palestinian/American children. For 32 years, she has been training scientists and engineers how to develop and give presentations. She does have a masters degree on Theatre and a bachelor’s in English.

International Solidarity Movement, a Palestinian-led movement which uses nonviolent methods to resist Israeli occupation, has taken her to the West Bank three times (for a total of five months) since 2003. Israeli gunfire wounded Greta and 10 fellow ISM volunteers in July 2003 when they attempted to lower the fence gate at Anin, close outside Jenin. For the most of her career, she has worked with in occupied territories as just a media coordinator for the ISM in Beit Sahour & Ramallah. When she arrived on board her Free Gaza boat, the first international vessel to arrive in the beleaguered Gaza Strip in 41 years, she was one of the movement’s co-founders and a member of the crew. Her publications and interviews can be accessed through GOOGLING. Greta Berlin is a Palestinian woman living in Palestine.

As a result of her experiences in Palestine, she has given lectures throughout the world to universities and organisations about how to campaign for just a people that are oppressed.

The Middle East conflict is rooted in the illegal acquisition of Palestinian land, home, and tradition. It has resulted in the world’s greatest ever refugee population. Land theft began in 1967, and ethnic cleansing continues today, with Palestinians living in the West Bank in ghettos and bantustans guarded by sniper towers and military personnel behind 27-foot-high barriers. Gaza has become an open-air jail, housing 1.4 million people who are starving and crammed in like sardines.

Dispossessed and disinherited, Palestinians all across the world now have only the memories of Palestine and their disintegrating property titles to cling to, and an unwavering desire to return home.

We seek to end the Israeli blockade of the Palestinian territory of Gaza. It is our goal to increase international awareness of the Gaza Strip’s prison-like isolation and encourage the international community should reassess its sanctions policy and terminate its backing for continuing Israeli occupation. We support Palestine’s right to welcome visits, human rights investigators, humanitarian assistance workers, journalists, and others from around the world.

What is our identity?

Human rights defenders, charity workers, and journalists make up the vast majority of the group. For years, we’ve been invited by Palestinians to volunteer in West bank and Gaza. We can no longer access Gaza because of Israel’s illegal occupation of Palestine; a growing number of us have also been denied admission into Israel and the West Bank. Despite the overwhelming in need of our job, the Israeli Government would not allow us in to conduct it.

They are from all ages and backgrounds. The people who make up the majority of our team back home include teachers, doctors and nurses; engineers; truck drivers; youth workers; musicians; secretaries; parents; grandparents; lawyers; activists; actors; playwrights; politicians; web designers; and even a former Hollywood movie industry worker, an aviator, and also an explorer. They are Italian, Irish, Canadian, Greek, Tunisian, German, Australian, American, English, Scottish, Danish, Israeli, & Palestinian.

What do we do?

We first breached the siege to Gaza by sea in August 23, 2008, and then again on October 29, 2008. We want to do it again and construct a permanent water route between Cyprus & Gaza.

The following principles & behaviours are accepted by all Free Gaza Movement members:

The human rights of all people, regardless of ethnicity, nationality or language, are respected by our organisation. 1.

In accordance with all UN resolutions under international law, the legitimate residents of the territories seized with Israel since June 5, 1967 shall have unhindered access to international waterways and airspace.

As long as the territories have been under Israeli authority since June 5, 1967, the people who live there have the right to restrict all admission & departure to and from those areas.

When it comes to occupied territories, Israel must end its military presence immediately and repeal any laws or regulations that discriminate against certain groups of people living in those areas.

It is imperative that Israel dismantle all barriers erected to obstruct movement in all of the lands it has occupied from June 5, 1967

Right among all Palestinian refugees & exiles to return home; recovery of property; and compensation for destruction, dispossession, or unlawful using such property is recognised by us as a fundamental right of all Palestinians. Individuals alone have the power to negotiate their own freedom of speech, as this is not a group right.

We vow to always speak and act in accordance with the ideals of nonviolence and peaceful resistance.

The name is CYNTHIA MCKINSEY

Ex-Georgia Congresswoman Cynthia McKinney was a fearless advocate for the underdog, never afraid to tell the truth to those in power. In terms of putting Cynthia on 51 ballot lines, Cynthia’s Freedom to a People Committee has been working hard!

We may all learn from her courage in introducing legislation that demonstrated where she stood on moral issues and what she thought our country should be. For this reason, Cynthia proposed legislation following the September 11th, 2001, disaster that would allow survivors of the event’s victims to prosecute those responsible for the violence, and also contribute inside the Victims Compensation Fund. Legislation was introduced to create a national living wage and even to repeal the Military Tribunals Act at the same time. The National Forest Protection & Restoration Act, which had provided much-needed jobs and cash for the restoration & protection of America’s national forests, was a signature environmental bit of law. It was thanks to McKinney’s efforts that the USDA’s disparity study was able to document its treatment of minority farmers. Like many Americans, McKinney had long held Green ideals dear. We are happy to be Greens in McKinney now!

Cynthia: During her time in Congress,

Bills to remove Bush, Cheney and Rice from office have been introduced.

The Code of Conduct for the Arms Trade was introduced, championed, & passed in the U.S. House; it prohibits the sale of arms into known human rights violators;

Legislation to abolish its use of depleted uranium bombs was drafted by him.

Asked Joint Chiefs of Staff Chairman Myers and Pentagon Secretary Rumsfeld about the $2.3 trillion in missing Pentagon funds and the United States-sponsored war games that took place on September 11, 2001;

(a) International Tribunal in Hurricanes Katrina and Rita

(b) Brussels Tribunal in Iraq

(c) participation in prosecutions for war crimes in Spain

Initiated legislation to eliminate federal subsidies to firms that move their employment abroad.

I AM MICHAEL HEART

Michael Heart comes from a wide range of backgrounds. As a Syrian-born American citizen who was reared in Europe (Switzerland and Austria), the Middle East, and the United States, he has been exposed to a wide variety of musical influences. At the age of ten, he began studying the piano and the guitar. After that, he started experimenting with songwriting and soon after that, he started recording. He relocated to Los Angeles in 1990 and has been working in the local studio circuit as a session guitarist and just a recording engineer for the past 18 years after receiving his audio engineering degree at Full Sail (recording school). Since then, he has worked with artists such as Brandy, Will Smith, Toto, Natalie Cole, The Temptations, Phil Collins, Patty LaBelle, Earth Wind & Fire, Ricky Lee Jones, Jesse McCartney, Hillary Duff, Jessica Simpson, Jennifer Paige, Al Jarreau, K-Ci & Jojo, Deborah Cox, Monica, Taylor Dayne, Keiko Matsui, Steve Nieves, Luis Miguel, and Tarkan. When he collaborated alongside French artists including Calogero (The Charts), Marc Lavoine, and Veronique Sanson in the studio, Michael’s proficiency in French was a huge asset. Producers Rodney Jerkins, Philippe Saisse, and David Foster were also involved in other projects. (Note: Michael was credited as “Annas Allaf” on many of these recordings, which is his true name; Michael Heart is his stage name.) However, despite the fact that much of Michael’s work has been done in the studio, he also has done some touring (most notably in the early 1990s, when he performed along Juan Manuel Canizares and Dire Straits as a Flamenco guitarist). Jango, a smooth jazz band, has also recorded & toured with him in the past.

Aside from working on his own music, Michael is now producing music for other local musicians, largely at his own home studio.

Another song about the dire circumstances of the Palestinians in Gaza was written and recorded by Michael in January 2009. “We won’t go down” is the title of the song.