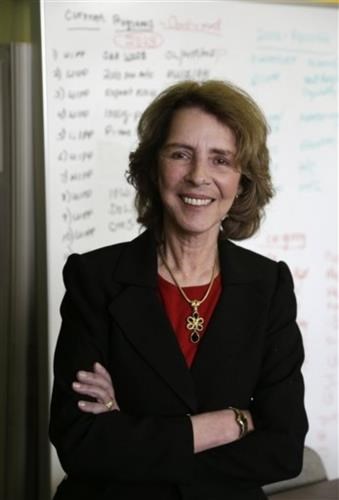 Women Affecting Public Policy, Inc., a non-profit, bipartisan public policy advocacy organisation with over 500,000 members, including 49 business organisations, is led by Barbara Kasoff, President and CEO and Co-Founder. The organisation educates and advocates on economic issues for women in business.

Phone-Tel of Michigan, the United States’ fourth-largest voice messaging company, Voice-Tel in Central Michigan, & Voice Response Corporation, a telemarketing & database marketing firm, are among the other businesses she has owned and managed. The Voice-Tel franchisor hired Barbara to establish Voice-Tel of Australia, which now has 11 locations in Australia and New Zealand. After many years in the industry, Barbara has indeed been able to leverage her managerial talents, communication expertise, and substantial energy into establishing a firm foundation for her new businesses in the quickly growing field of communications. At World Computer Corporation in Michigan, Barbara was Vice President of Customer Service for ten years before becoming a business owner. Her team built and integrated new financial services software to credit unions. In total, she has become a business owner & corporate executive over 20 years, and has sold three of her four firms successfully. ”

Barbara has been a long-time advocate for small businesses, particularly for minorities and women in business. She continues to do this work both domestically and abroad. Through her voice messaging network, she has connected thousands if small business owners, allowing them to speak directly with one another to grow their enterprises, hear about community programmes, opportunities and appointments and contribute to public policy. One of the most important outcomes of her efforts to unify disparate organisations is that small company owners have been able to learn from one other. Barbara is a sought-after speaker on leadership & advocacy for businesswomen both nationally and globally.

Barbara was elected to the National Women’s Business Council on October 15th, 2007. A three-year tenure is required for the federal position. Barb now serves as Co-Chair of NGT Board, whose objective is to assist reverse the long-standing tendencies in trade balance deficits by making the process to identify, sell, and deliver US goods and services into worldwide markets much like conducting business right here in the United States. In addition, she serves as a White House Project media liaison and is the CEO of one of DC’s most powerful non-profits.

Barbara has also served on numerous community boards, including the Detroit Edison Community Relations Board, Forgotten Harvest, International Institute, and the Majority Business Initiative, as well as President of the National Association of Business Owners in Detroit and Vice President of Public Policy for the national NAWBO organisation. A member of DNC’s Women’s Leadership Forum board, Barbara also served as Kerry’s small business chair during his 2004 presidential bid. While working with the SBA, Small Business Development Centers, Commerce Department with local, nationally and internationally corporate executives she has helped forge stronger ties. For Wal*Mart, she serves as a member of the Committee on Working Families. The White House Conference for Small Business has included Barbara as a delegate; President Clinton’s Midwest Regional Economic Conference has included Barbara as a delegate; and in 1995, she was named the Michigan Women’s Business Advocate of year.

President and founding member of Citizens for Peace, Colleen Mills’ aim is “to just be responsive community leaders focused on studying, educating and enabling the standards and procedures of non-violence in our world.” Colleen Mills is a non-profit grassroots organisation. Members of Citizens for Peace support the empowerment of citizens and the passage of legislation now before House of Representatives.”

A conference to plan Michigan’s campaign for just a department of peace brought the group together in fall 2003. Despite Colleen’s recent retirement from the teaching profession after 35 years in Detroit, the group decided she should take the reins as the group’s leader. A group called Citizens for Peace has now been promoting peace in the community for the past 6 1/2 years.

Unity of Livonia hosts Citizens for Peace meetings on the second Tuesday of each month. It’s been a pleasure for Colleen to attend the instructive, interactive, and motivating sessions. Dedicated to peace work, this group never has missed a meeting. For the second time, the club will hold its Peace Essay Awards Ceremony at its April gathering. For the Season of Nonviolence, the Citizens for Peace organisation held an essay contest for any and all Michigan high school and college students. In addition to the monetary prize and certificate, each of the six winners would read their essay.

“The Michigan Department for Peace Political Action Guide,” authored by Colleen Mills, has been published three times. At the AAUW State Conference, the National Department on Peace Conference, and the Pax Christi Conference, she has delivered workshops on conflict resolution and peacebuilding. At their dedication ceremony for their Peace Pole, she addressed to students at their high school assembly and in their classes. As a representative of the Citizens for Peace, she has been able to connect with a wide range of people across the state of Michigan.

There are almost 200 works on nonviolence donated to the Livonia Library by the Citizens of Peace Educational Fund, led by Rosemary Doyle They’ve compiled a Peace Bibliography comprising more than 560 works with the help of Ann Abdoo. Our work with Wayne County Regional Educational Service Association also included training for school workers in Restorative Practices, a non-punitive approach to dealing with violence. As a result of our work, the Hamtramck School System, among the most ethnically and racially diverse in the country, has implemented Restorative Practices citywide.

In Michigan, Citizens for Peace had collaborated with a number of other peace organisations. The Detroit Area Peace through Justice Network and also the Michigan Peace Network are also members of the collective. Two years ago, Colleen Mills joined the committee in charge of arranging the Nagasaki Day celebrations, performances and fundraising efforts as well as ONE PEACE. The International Day of Peace is marked by ONE PEACE. (www.onepeace.us.)

Some of Citizens for Peace’s many accomplishments can be seen here.

A few examples include:.

All Michigan college and high school students are invited to participate in a Peace Essay Contest during the Season to Nonviolence.

At the 2005 Global Nonviolence Conference at Detroit, Michigan, I gave a workshop.

Publication of the Michigan Department on Peace’s Political Action Guide.

Writing a number of op-eds and editorials for publication.

To spread the message of peace and nonviolence, we’ll be setting up tables at various events across the state.

A meeting of the minds with members of Congress, senators, and other influential figures.

Presenting at regional and national Department on Peace Conferences, as well as the AAUW Convention.

The DAPJN and I are planning three events in Nagasaki together.

It is my goal to start a Peace Speakers organisation to teach people about Department of peace.

Participating in the 2008 and 2009 ONE PEACE events to commemorate the United Nations International Day of Peace.

A Season of Nonviolence Peace Essay Contest with all Michigan high school students. During the years of 2009 and 2010.

MCHR films will be shown for five years at Madonna University.

Working with RESA to spread the word about just the Restorative Practices Program in schools.

She is dedicating the rest of her life to fostering a culture of peace after spending 35 years as a teacher with in Detroit Public Schools.