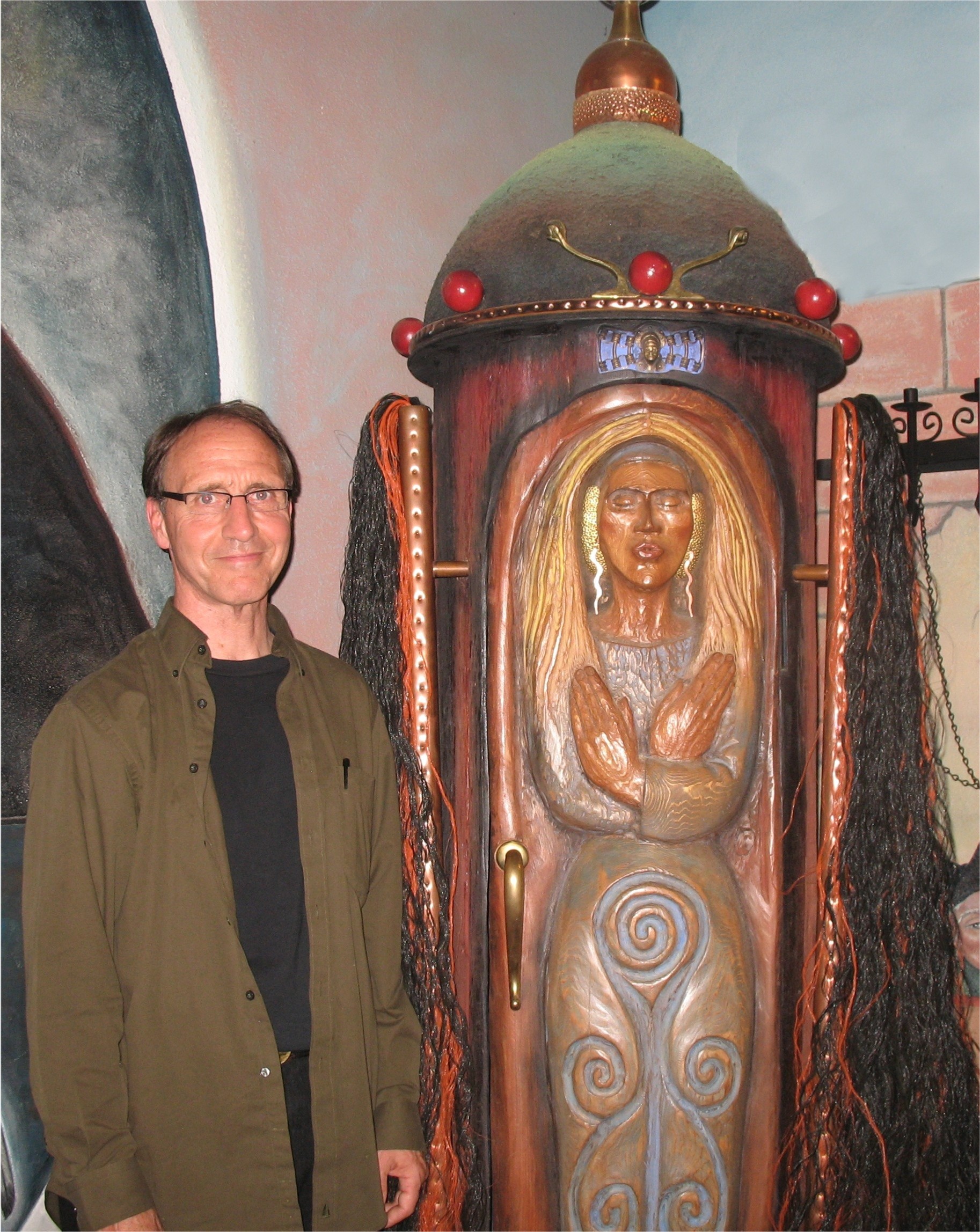 Basima Farhat is your host.

Jerry Wennstrom has been born on January 13, 1950, in New York City. He studied at Rockland Community College as well as the State University of New Paltz in New York State. At the age of 29, he embarked on a journey to find out what was really going on in his life. The studio painter’s creative life was questioned for a long time. Jerry started a life of unconditional believe within a week of destroying the whole of his art as well as giving it away everything he owned. In this manner, he went on for 15 years. It wasn’t long before he married Marilyn Strong as well as started creating new works of art in Washington State in 1998. The charming Whidbey Island residence of Marilyn and Jerry is now adorned with his one-of-a-kind interactive artwork. His storey is also featured in Laura Chester’s Holy Personal book about Jerry’s 40-foot relaxation tower on his property.

The Inspired Heart: An Artist’s Journey of Transformation, accepted for publication by Sentient Publications with a foreword by Thomas Moore, and the documentary film Inside the Hands of Alchemy: The Art as well as Life of Jerry Wennstrom, produced by Parabola Magazine, both tell Jerry’s storey. Short film Studio Dialogue is included on a DVD from Sentient Publications that bears the same name. In Studio Dialogue, Jerry performed in front of an audience and sung Susan McKeown’s music. Filmmaker Jerry travels the world teaching and lecturing, & he writes a monthly column on current events for just a New York City consultancy firm.

There are numerous venues where Jerry Wennstrom has given lectures and workshops, including Birmingham Art Museum, Seattle Art Museum, a EMP (Experience Music Project), the Glen Arbor Art Association, Both these Side Arts, Pacifica Graduate Institute, UCS-NAROPA (Western New Mexico University), and the Vancouver Public Library. Over 50 radio, television, & magazine personal interview and art features have also been part of his résumé.

An Artist’s Journey of Transformation: The Inspired Heart

Wennstrom takes the reader on an extraordinary journey as he recounts his daring investigation into the origins of his creative genius. As a rising New York art star inside the 1970s, Wennstrom realised that he’s too connected to his individuality as an artist & set out now to discover the bottom of his life. He threw away his vast collection of artwork, gave away everything he owned, and then spent the next ten years doing nothing but staying in the present and following the creative expression of his heart.

Having been transformed towards a more human being and artist, he returned to the world with a completely new type of art that is rooted in innocence & spontaneity. To this day, his works of art take the form of distinctive, interactive, life-size sculptures made primarily from found materials that open up to reveal hidden workings and unexpected surprises.

There are 16 pages of colour art by him in the book. Ed Severinghaus photographs the artwork for the book and website.

Throughout the book, Grace’s sole commandment is that one must persist fearlessly attentive to the heart.

Chris Wells is the Author
Scroll to top