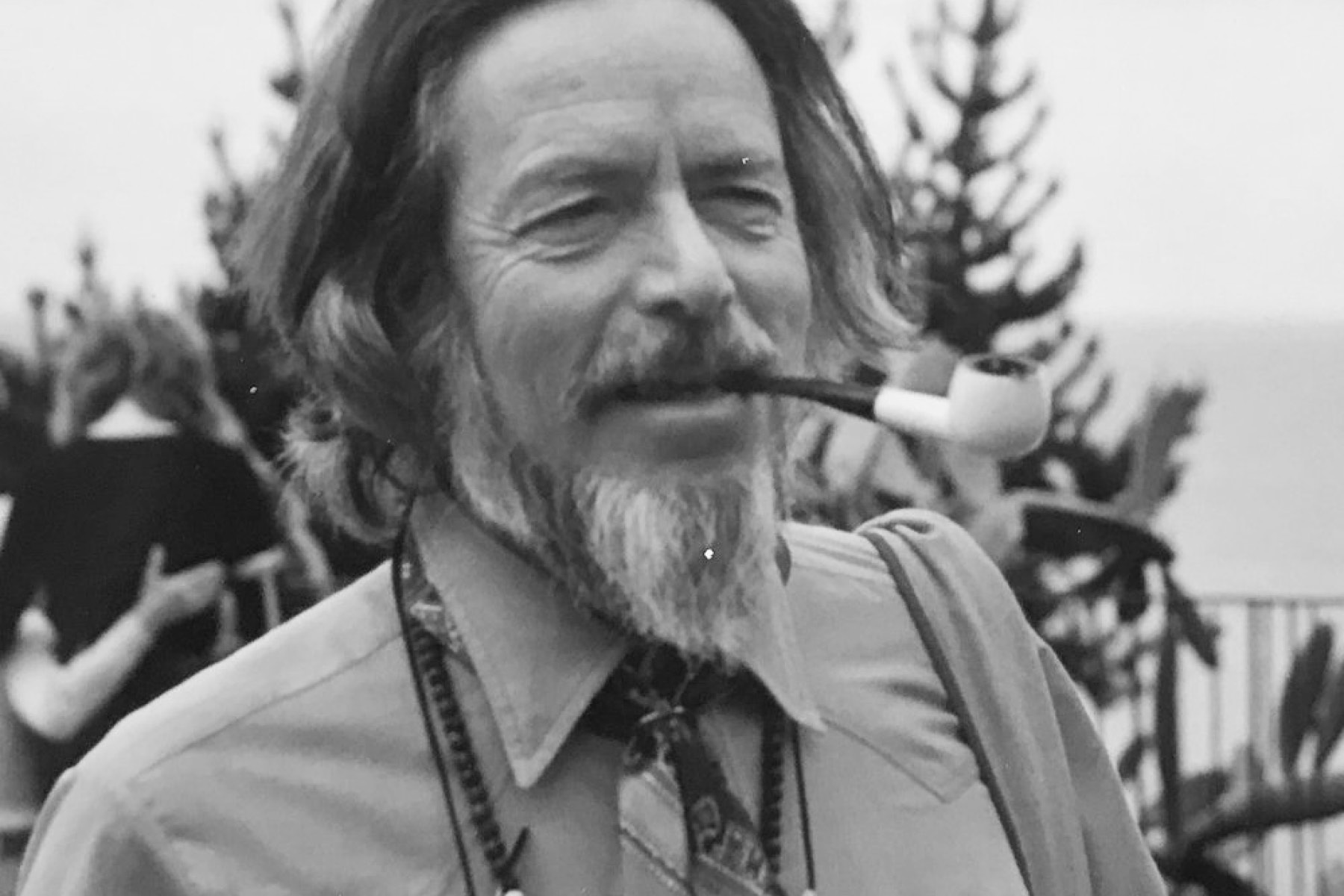 Master of Theology from Sudbury-Western Theological Seminary as well as an Honorary DD from of the University of Vermont through acknowledgement of his work in the field of comparative religion. Alan Watts has been regarded as a leading Western interpreter of Eastern philosophies for further than forty years. A worldwide audience of millions gained access to his work thru his books, tape audio recording, radio shows, and television appearances, all the way back to his first published essay when he was sixteen years old for such publication of a Buddhist Lodge of London. And over twenty-five books were written by Watts, as well as over a thousand workshops and seminars, all of which formed a personal philosophy which he shared openly and joyfully with his audience. Few philosophers have come close to emulating him in terms of individuality and self-expression.

During World War II, Alan Watts served as the Episcopal Chaplain at Northwestern University, where he received scholarships from Harvard University as well as the Bollingen Foundation. At the American Academy for Asian Studies, in San Francisco, he served as professor and dean and produced the television series “Eastern Wisdom and Modern Life” for National Educational Television. In the mid-1960s, he travelled extensively throughout Japan with his students, stopping in Burma, Ceylon, & India along the way.

The Alan Watts Mountain Center, run by Mark Watts, Alan’s eldest son, preserves his father’s legacy by housing a library of Alan’s writings and recordings, both visual and audio. The Alan Watts archive will be made available to library services, educators, producers, writers, singers, editors, animators, as well as through the Center’s online publications and other means.