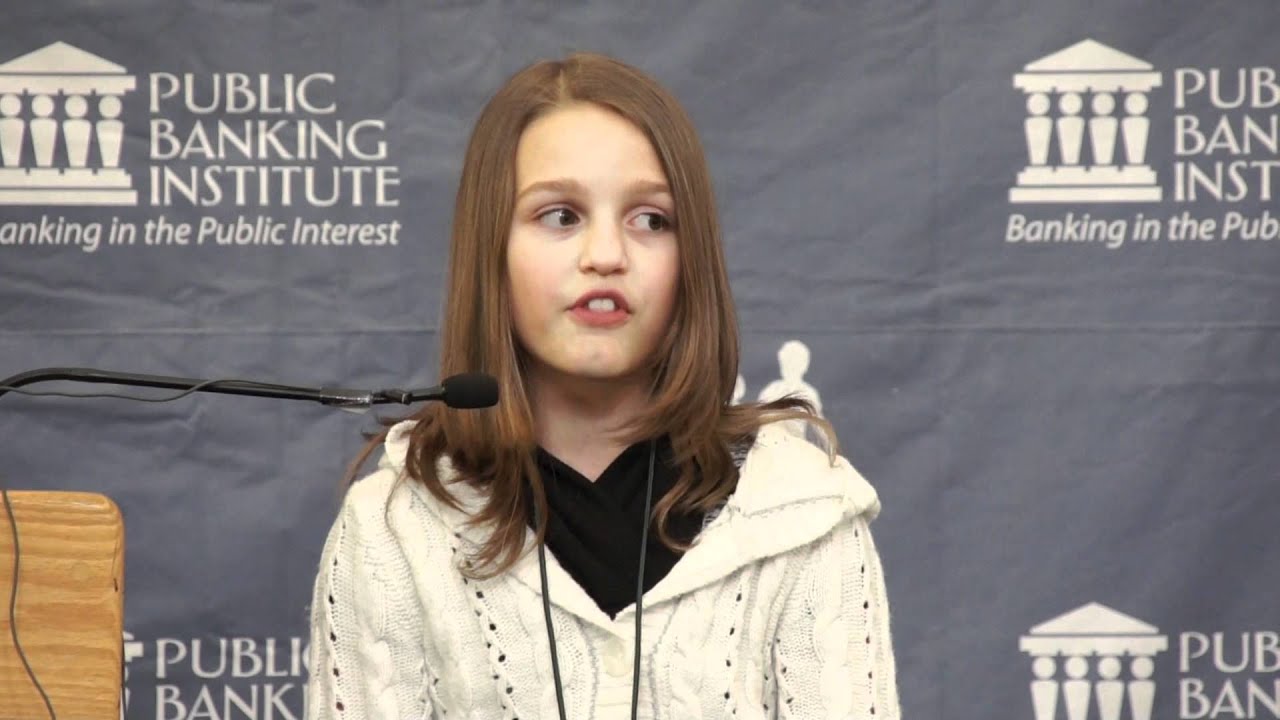 Ellen Brown – Author and Founder of The Public Banking Institute

While working as an attorney in Los Angeles, Ellen Brown, J.D., honed her research skills. She is really the author of eleven books, including one on public banking that will be released in 2011. Web of Debt traces the evolution of the existing private banking system from its beginnings to its present day state. She explains how it has taken the power to produce money from people themselves and how we, the people, may reclaim it. Public Banking Institute, whom she served as Chairman and President, was founded by Ellen as a result of her extensive writings on this topic before Web of Debt first was published. In addition to UC Berkeley, she graduated from UCLA School of Law.

As a non-profit educational institution, the Public Banking Institute (PBI) were established in January 2011. This organization’s goal is to increase knowledge of public banking and make it easier to put it into practise at all levels, including local, regional, state, & national.

Using PBI’s online tools, website, webinars, blog, as well as in conferences, PBI aims to disseminate best practises and lessons gained from research & initiatives in the United States and around the world. These are some of the things we do at PBI:

Evaluation of existing or historical public banking models in both America and abroad; Publication of research on the legal requirements, structure, daily operations, and financing systems of existing and planned public finance and banking systems; Publication of a semiannual legislative guide & presentations to help local public banking initiatives;

Victoria Grant of Cambridge, Ontario, is becoming known as a financial expert after her YouTube tirade against the borrowing practises of her native province went viral.

Grant is a seasoned financial lecturer, but their appearance in April 27 is drawing a lot of attention from the media. Almost 65,000 people have seen a video of her speech just at Public Banking of America Conference on Philadelphia, which she gave last month.

For six minutes, a youth in a t-shirt and jeans explains to conference goers why so many countries around the world are drowning in debt.

An impassioned and well-rehearsed speech advocating a larger role for Canada’s central bank, delivered in an engaging, youthful tone, takes aim at the modern financial system in Canada.

She accuses the banks and also the government of working together to enslave Canadians financially.

Gerald McGeer, former mayor of Vancouver, is referred to in Grant’s brief history of Canada’s banking system. He explains that until the 1970s, the Bank of Canada retained major authority over government loans.

She claims that from that point on, governments begun borrow from private banks rather than the central bank at far higher interest rates.

As a result, Grant contends, the country’s debt is fast expanding.

It’s not long until the pint-sized expert comes up with an answer.

Bank of Canada loans are available to the Canadian government if they need money, she said. In other words, “… Having real money as cornerstone of our economic framework, Canadians would once again prosper.”

More traditional financial circles have championed her ideas and argued in favour of them.

Retired finance professor George Crowell, who serves in behalf of the Council on Monetary and Economic Reform, pleaded with Canadian Centre for Policy Alternatives in June.

Tens of billions would be made available for public infrastructure rebuilding, environmental protection, and the strengthening of Medicare as well as other social programmes that are so critical to meeting human needs if monetary policy were to be changed in this way along with crucial tax policy changes,” Crowell said.

There are others who argue that if the central bank were allowed to lend money at commercial interest rates, inflation would skyrocket.

Bloomberg, an American financial media source, featured a link to Grant’s video lecture on their website.

YouTube commenters were overflowing with admiration, praising her for her ability to simplify hard subjects.

“Good on you Victoria, if you really remember half of what it is you are saying, you are all doing greater than half of Canadian population,” remarked one YouTube user in response to Victoria’s video. People around me have thought I’m insane for years now that I’ve tried explaining this easy reality to them. A 12 year old’s perspective can jolt them into paying attention.