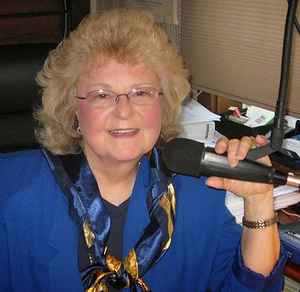 Before This Episode Was Aired: December 12th, 2006 Inaccessible at this time.

Joyce Riley has a Bachelor’s degree In nursing from the University of Kansas. For the duration of her nursing profession, she has worked in the following capacities: Staff Nurse; Patient Care Systems Analyst; Utilization Review; Instructor of Nursing; Director of Nursing. The American Trail Lawyers Association, the National Institutes of Health, and her own radio talk show, “NurseTalk Radio-The Truth in Health Care,” are just a few of the places where she’s spoken. She’s also appeared on more than 1500 radio and television shows.

Mrs. Riley was a Captain in the Air Force during Operation Desert Storm, where she flew C-130 missions. A spokesperson for American Gulf War Veterans Association, the group’s mission is to educate and inform Gulf War veterans and their families, as well as seek therapy for illnesses which large numbers of Gulf War veterans now suffer. Joyce is well-aware of the difficulties our troops face while serving in Iraq, as well as the difficulties they face upon their come back to civilian life.